We Need the Porridge

In which we elaborate on the discussion of what it’s like to be a young career girl from New York City.

Basically, it can be summed up in the first two minutes or so of the following:

But let’s get a fresh perspective.

I’m Right on Top of That, Rose!

Not just anyone can do what I do. It takes a calculated combination of apathy and grace to endure scoldings for things you aren’t responsible for, a special kind of schizophrenia to deny your last shadow of an ego while smiling gratefully. And it takes a large amount of bravery to trade in your previous, stubborn idea of self for a new, seemingly much less grand version. In my case, entering the workforce as a young, jaded admin is a coming of age story about growing up and dressing the part.

My experience with clothes began as a fantasy of dress up. Trunks of endless thrift store garb and heirloom accessories my mother kept stocked to meet all of my tinker-bell dreams. Every outfit a character; each an opportunity to feel myself differently. I was quite the cliché of a self involved, pretty pretty princess. The way I dressed was intricately tied into my self-esteem- and let’s just say, I wore a lot of pink sequins.

Being the center of the universe, I was lucky enough to have my inner god complex prolonged through college where I was sent off to “live my dreams” which, at that point, happened to still involve wearing pink sequins. It seemed natural that I continued my real life role-playing through acting school- gallivanting around Manhattan in what may as well have been the same princess/mermaid dresses from the dress-up trunk, spending money I didn’t have, believing, intrinsically, I was special enough to never have to grow up (or wear a pair of jeans). 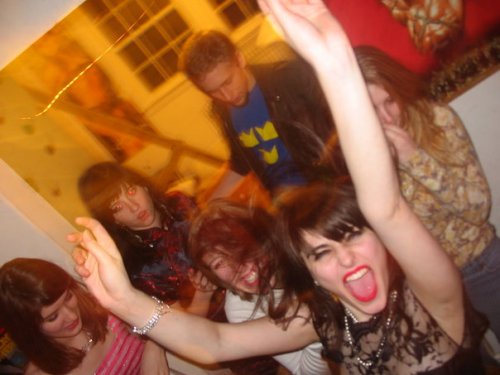 Eventually, College ended, and the loans ran out, along with the fantasy that I could “be whoever I wanted.” So I moved to Brooklyn and got to know much different kind of never never land. With the absence of funds, my post-graduate fellow artists and I lived a life of fashion rebellion where the uniform tended toward the understated and worn: a look that another “ex-princess” friend affectionately refers to as “dressing in your own feces.” 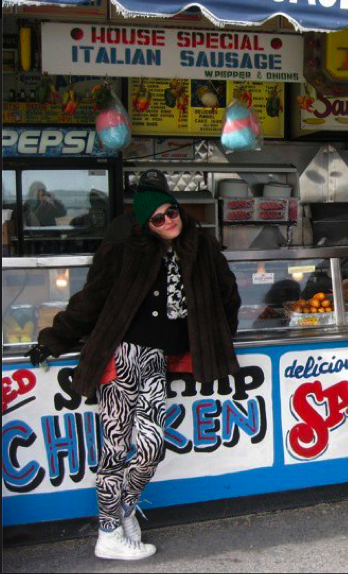 I joined a band, adopted the uniform, screwed the man, and felt like a fashionably disobedient artist with a heart full of punk. As much as this seemed like personal growth, I was most definitely still the center of my self-involved, hipster universe, and relied, to a certain degree, on my outer expression to justify my questionable life choices. Dressing tastefully felt like accepting responsibility I didn’t want. At that time, growing up equaled giving up. 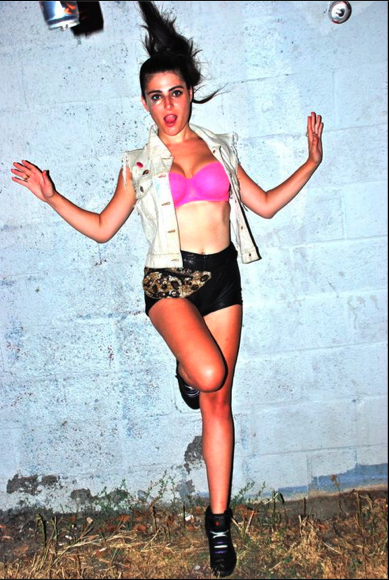 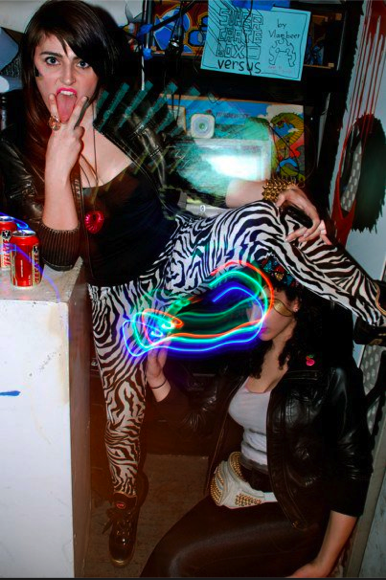 Now, entering act three of my fashion saga, I got a job. Like a J.O.B. In an office. With a Blackberry. Mind you, this lifestyle change didn’t just come out of nowhere- it happened after the realization that I had borrowed money from my dad one too many times. It was time to take responsibility for my life and my future. I needed clothes that were comfortable, nice, and appropriate- and I had no experience in these departments what-so-ever. So I went to some stores and tried on what felt like other peoples clothes. I bought a bunch of random stuff and tried to wear it. But it was all wrong. More than ever before, I was in survival mode- I needed to have confidence, I needed to keep this job. So I had to learn which things gave me power and made me better. I began experimenting with blazers, slacks, loafers, and the ever-elusive line drawn at “business casual.” I no longer thought of my clothes as opportunities to express my inner “why-be-normal” personality; they were tools for getting people to respect and trust me.

For the better part of my life, you could only find me, dressed in my own feces, at the second star to the right and straight on ’til morning. But when the time came for growing up, I learned how good it feels to present myself as a hardworking, competent professional that can handle anything. Some may say that I gave in: that I sold my childhood dreams of being a magic fairy princess to an evil corporation for a pay check. And I probably did. But I’m freakin rich now. And, boy… do I look awesome.

Ariel dressed the part, and has been able to keep the job. She still lives in Brooklyn and can occasionally be found dressing in her own feces on the weekends, but she no longer screws the man in any way. Last weekend we went out to dinner and ordered TWO desserts.