Of all the years that make up the history of history, I’d have to put 1789 near the top of my faves list. Well I wouldn’t be forced to or anything…I would do it of my own free will. Why? What happened in 1789? Ummm, only the best French revolution ever. I’ll never be entirely sure why I am so obsessed by this particular historical event. Maybe it’s the really, really rich people being guillotined. Maybe it’s the equal-opportunity guillotining that followed (equality rocks!). Maybe it’s the lovely lady who welcomes the tired, poor, huddled masses as a constant reminder that there was a single moment in history when France was like “hey US, thanks for being awesome and inspiring us to have a revolution.” Or maybe it’s just that handsome devil, 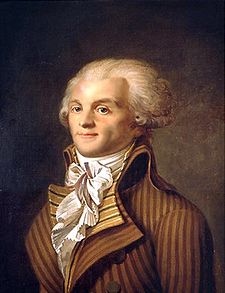 Maximilien Robespierre. I mean, you’ve got to admit, for a bat-shit crazy fucker, the guy was sort of a fox. You know, before he got shot in the face over that little festival-of-the-supreme-being-walking-down-a-man-made-mountain- dressed-in-all-white-like-he’s-the-second-coming-of-freakin-MOSES incident. Seriously, the French can be so UPPITY sometimes.

Although I do also find his Jacobian successor Georges Jacques Danton sort of sexy too, in a Daniel Craig sort of way… 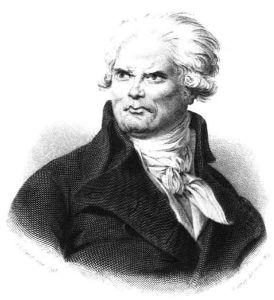 Anyway, last time I checked this site was supposed to be about style, not the possible do-ability of 18th-century French revolutionaries. But let me know what you think, some people might actually like this approach better.

I digress. I realized recently (and yes, it always takes me an unusually long time to make connections like this) that because of my affinity for this event, I’ve always been especially attracted to garments with a toile de jouy print. You know those cute little French country scenes? Well they originated around the same time as my favorite revolution…probably just before, because whoever designed the pattern was most likely guillotined during the reign of terror for being complicit in Marie-Antoinette’s blind dedication to fashion (seriously bitch, you should have sent some of that brioche out to those starving peasants. Sweet wig though).

Like I said, it’s always a joy to find something in this pattern, especially since it’s usually only used on curtains and teacups…both of which are generally unwearable. Here is what I’ve been able to get my hands on over the years: 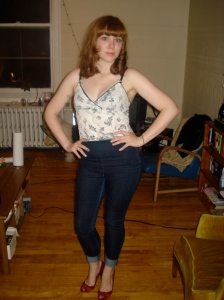 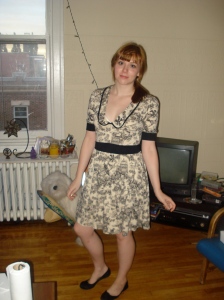 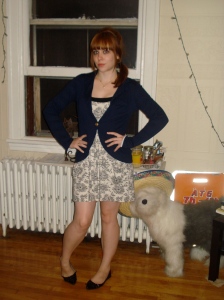 (recognize that jacket? Yeah, you do. It’s the best!)

Also awesome? These Tom of Finland sheets from the 2006 Dirty Linens Collection: 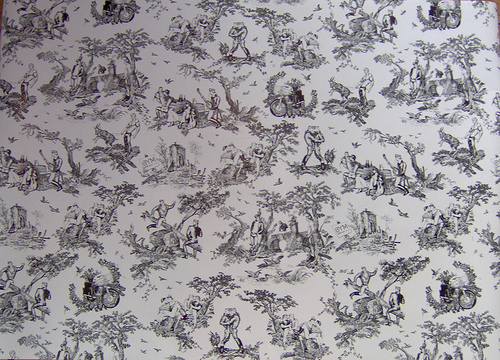 One response to “Let them look awesome!”